Caiaphas On Trial – by Edward Fudge 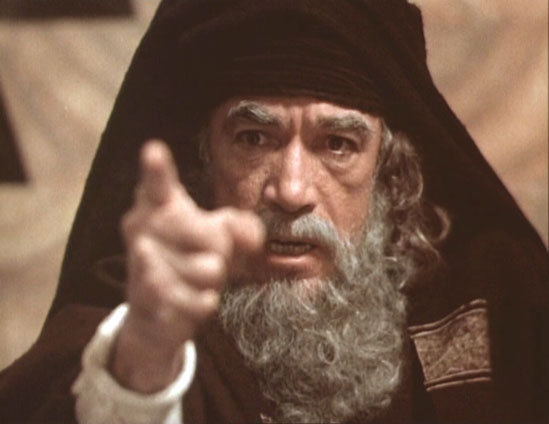 Caiaphas is the high priest, corrupt to be sure, but he wears the title and the sacred vestments nonetheless. As such, he is the one to whom Jesus is taken by the mob in hopes of obtaining a death sentence for blasphemy. Caiaphas presses Jesus to admit that he is either Messiah or Son of God. In the mind of the conniving religious figurehead, either claim will make Jesus culpable for a capital offense: the first for treason against the Romans, the second for blasphemy among the Jews (Matt. 26:63-64). This brief encounter brings together four significant titles, all fulfilled in Jesus and all applied to him throughout the New Testament.

The high priest orders Jesus under oath: “Tell us if you are the Christ, the Son of God.” The two titles had long been linked in the Jewish scriptures, including both Psalm 2 and 2 Samuel 7. Psalm 2 mentions God’s Anointed Messiah in verse 2, who is also called God’s son in verse 7. Similarly, 2 Samuel 7 identifies David’s anointed royal descendant in verses 12-13, who is none other than God’s son in v. 14). Jesus replied, “You have said so.”

Jesus then adds a predictive statement, saying “you will see the Son of man sitting at the right hand of Power, and coming on the clouds of the sky” (Matt. 26:64). With these words from two other Old Testament texts, Jesus places two more Old Testament titles on the table–Lord (from Psalm 110:1), and Son of man (Dan. 7:13-14). Both these texts feature a servant of God who is enthroned by God, but who does not exercise complete dominion over his enemies before an interim of indeterminate length and then he acts as judge.

Caiaphas thought that he was judging Jesus and that he had standing and power to do that. In fact, Caiaphas was the unknown quantity, the questionable value. The political priest is really the person on trial in this picture. Judging him one day will be Jesus of Nazareth, the man Caiaphas has condemned to death. And that Jesus of Nazareth is none other than the Son of God as acknowledged by the Father (Ps. 2:7; 2 Sam. 7:14), the anointed Messiah (Ps. 2:2; 2 Sam. 7:12-13), the Lord (Ps. 110:1) and Son of man (Dan. 7:14).